This post is part of our Anthro Love Blog Series — where we are spending February sharing some Love for Anthro by creating our own DIY Versions of some great products. If you’d like to see all of the posts from this series, go here. 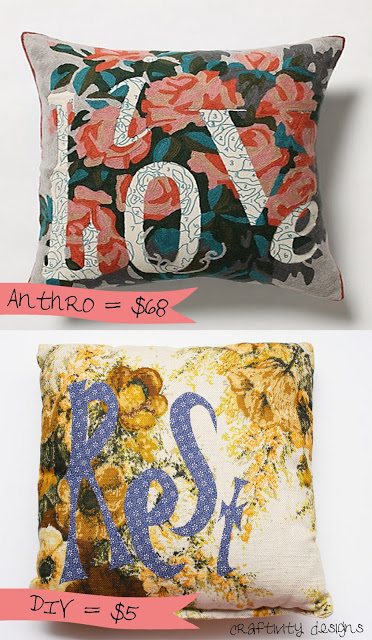 I picked up these two pillows (shown below) awhile back. Some of you are probably thinking “ick.” They are definitely vintage. And not good mid-century modern vintage or industrial vintage — just old, ugly, vintage. 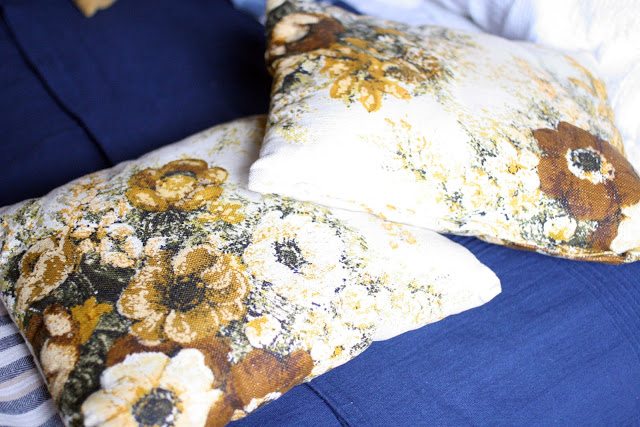 But, I liked something about them.

So I came home from thrifting with two small, vintage, not-so-pretty pillows.

I thought they’d probably end up in the guest bedroom, which is getting a mini-makeover. The color scheme is not yet totally defined, but I expect it to include mustards, oranges, greens and navy. Yes, I know that is a lot of different colors… but it’s a work in progress 🙂 You can see some of the color scheme in this post about the mini-office which doubles as a nightstand. 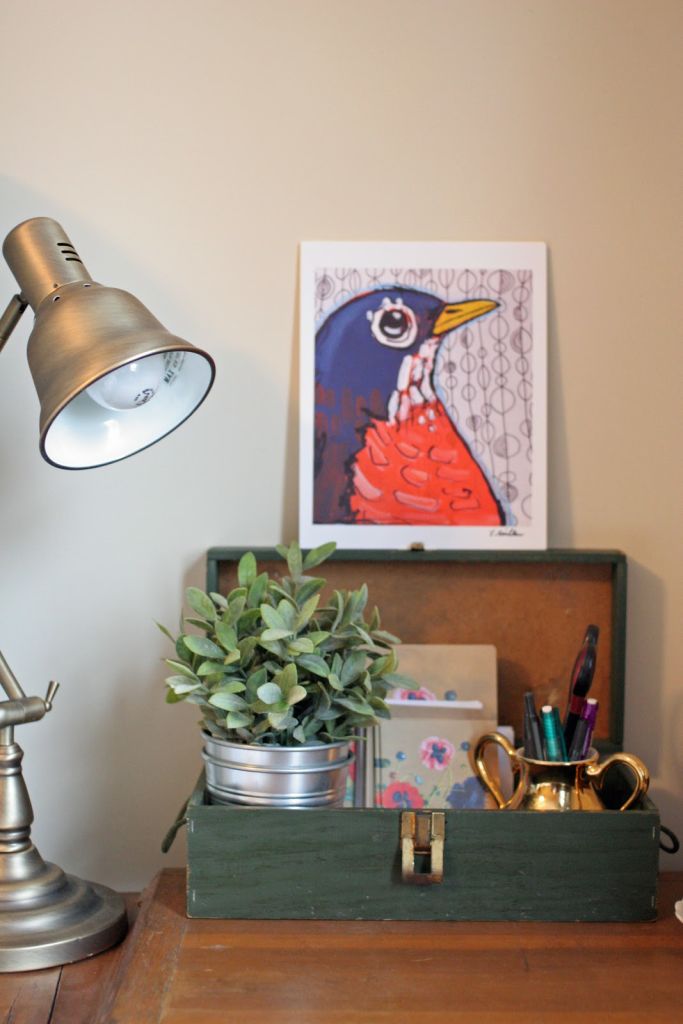 But my thrifted pillows had not made it into the guest bedroom yet. Instead, they had been sitting in storage — until the day I saw this pillow, for $68, on Anthropologie. 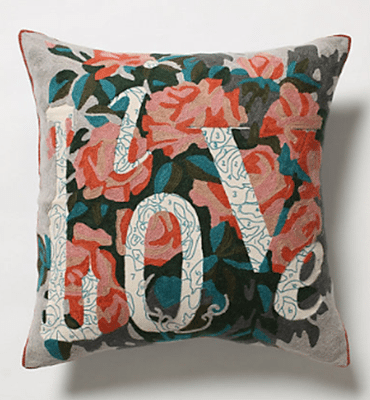 I love a good mix of vintage and modern. And to me, this pillow is the perfect example! The fabric is very vintage, both in color and style, but the typography adds a graphic and modern touch.

Here it is up close: 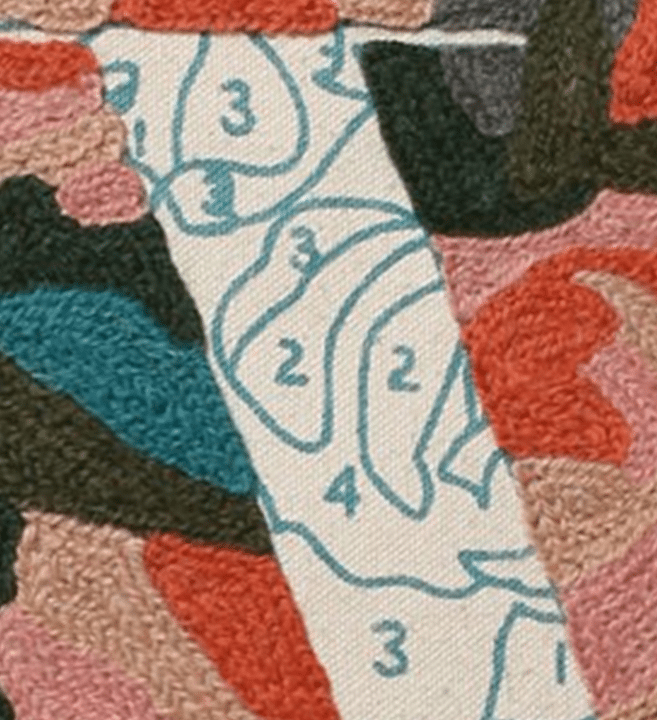 Typically I won’t purchase pillows that cost much more than $10, so this one was definitely out of my price range.

My two pillows got pulled out of storage and I began working on this Anthro Knock-Off.

I liked the seamless look of the words on Anthropologie‘s version (they actually look to be peeking out from under the vintage fabric) so I decided to iron them on instead of sewing. This was the first time I had worked with iron-on interfacing and I used this video tutorial. 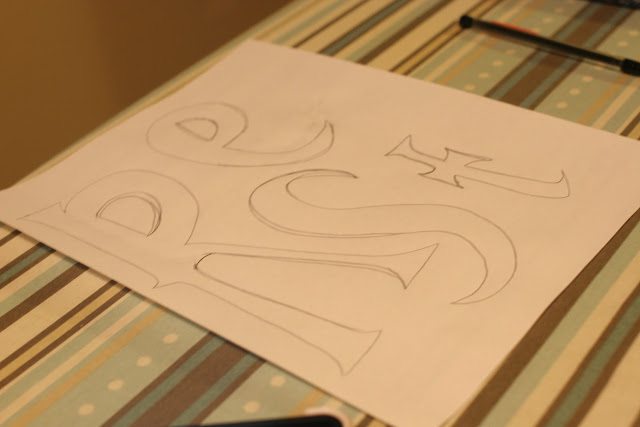 Instead of the words “Live Love” I chose the word “Rest.” After all, it will be placed on the bed in our guest room, and that is exactly what I want our guests to be able to do.

I hand drew my letters similar to the font on the Anthro Pillow. Since I was making letters, and not a shape, I traced them from the backside of the paper to reverse them. 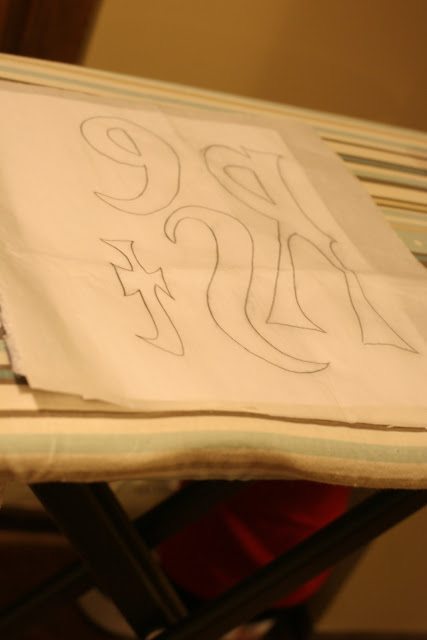 My first attempt to iron on the interfacing was not successful. So, I increased the heat and amount of steam to the maximum settings. Worked like a charm! 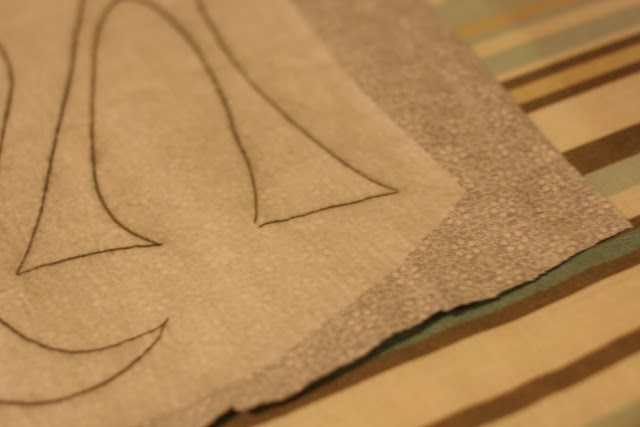 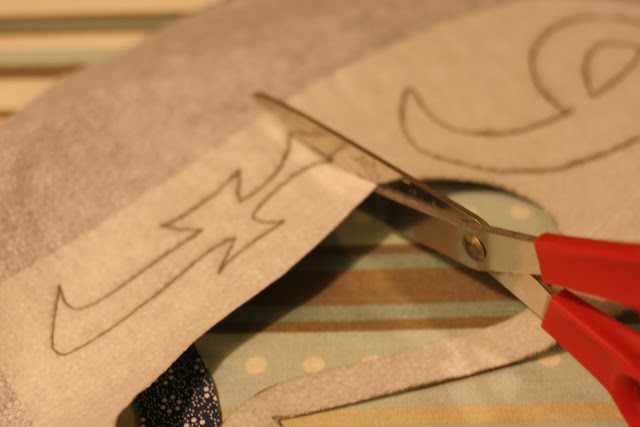 After cutting out the letters, you need to peal off the transfer paper, which leaves a residue on the back of the fabric. Pealing back the transfer is a little tedious, as it takes a few minutes to get it started. 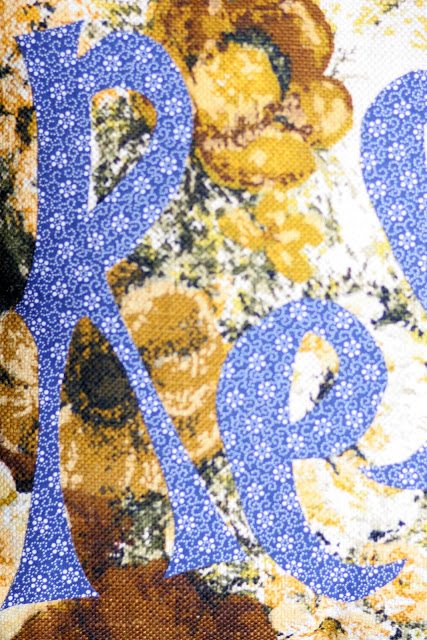 I laid my letters out on the pillow, trying to imitate the feel of the Anthro version. Once I was satisfied with the layout, I ironed them on. I used a lower heat setting on this portion. 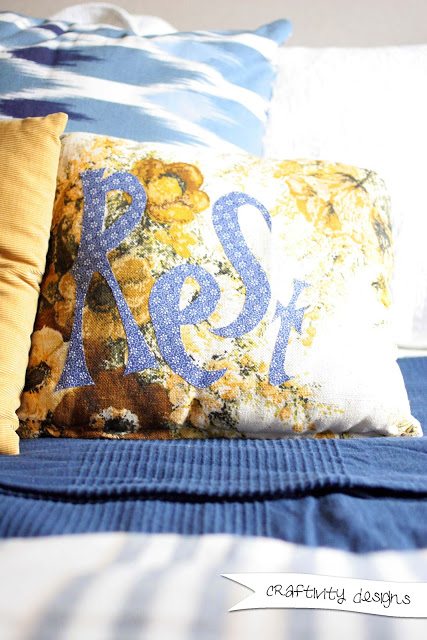 I’m so happy with the finished look, and it cost me a measly $5!

Here is how it looks on the bed. I’ll share more of our Guest Bedroom as I make progress! 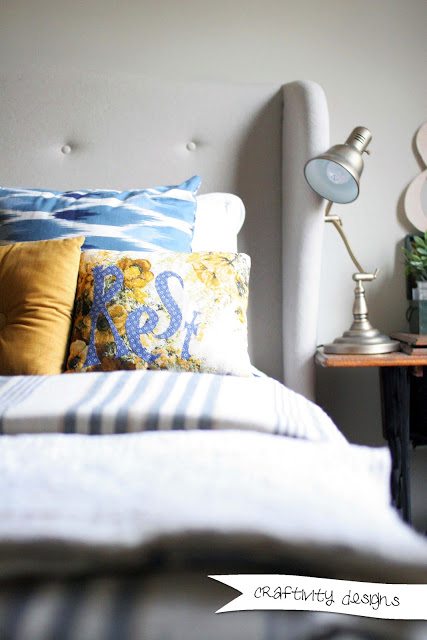 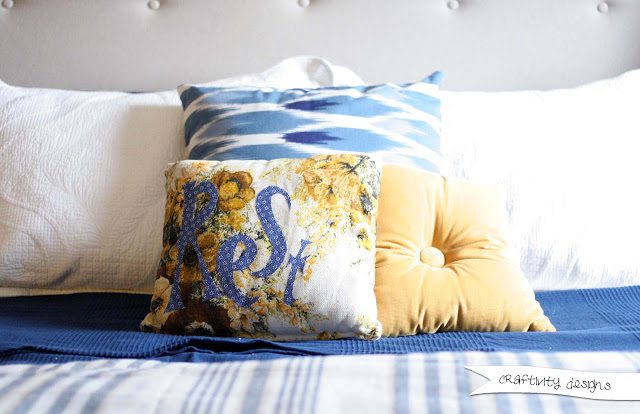 So, what do you think? Do you have any vintage items laying around that could be updated to a modern look?