How to make a simple and inexpensive DIY Luigi Costume for Halloween, including the hat, classic Mario overalls, and a power-up star.

How was your Halloween weekend? We had a busy weekend with a few Harvest Festivals and Trick-or-Treating — and my little guy loved dressing up in his DIY Luigi Costume for the activities. 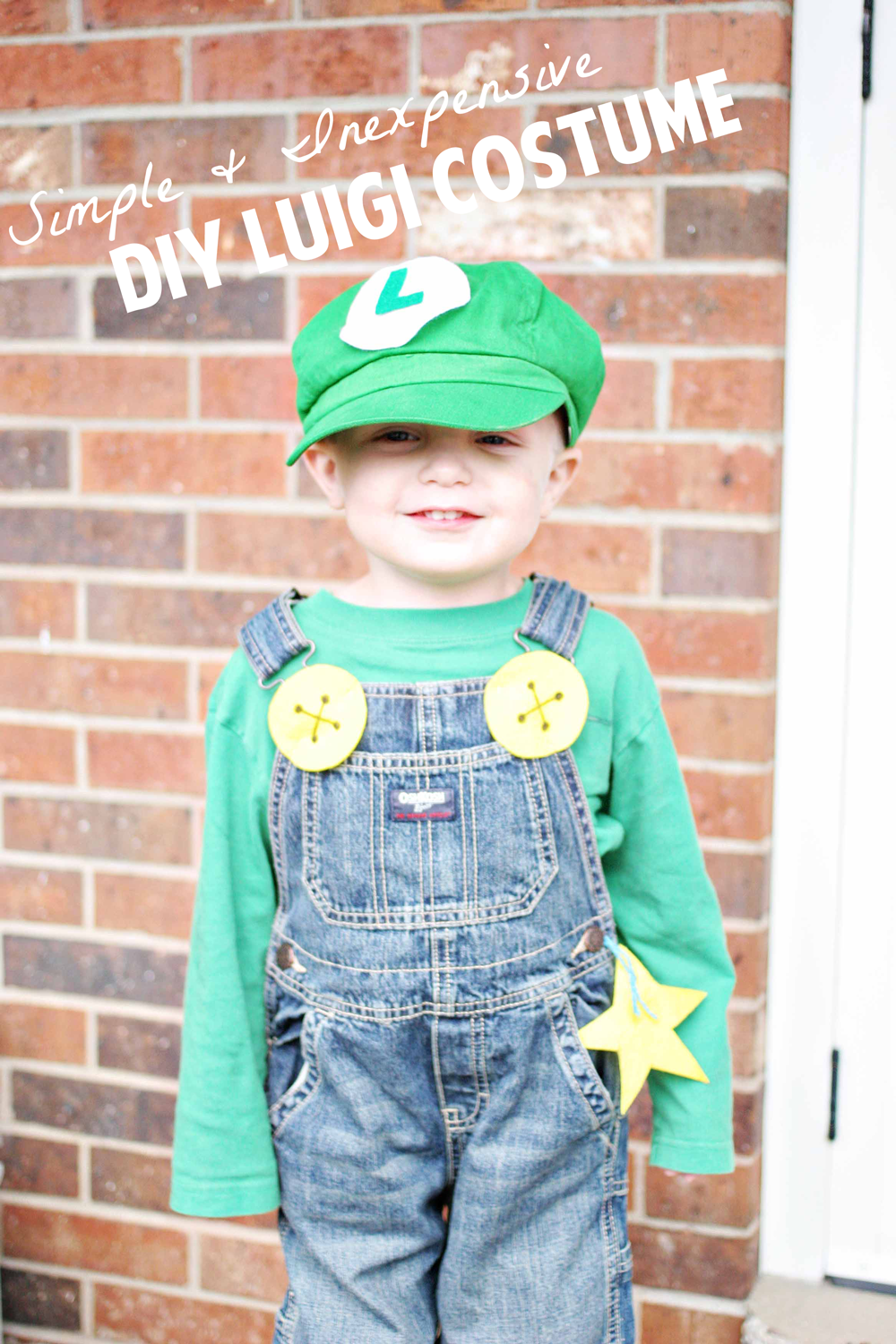 How to Make an Easy DIY Luigi Costume

If it were up to three-year-old, he’d play Mario Brothers through all his waking hours. His favorite character in the game is Luigi — I think, partly, because he just loves the color green.

Of all his costumes, this was the simplest by far. {He has been a dinosaur, a bug, a pumpkin and a Mouseketeer.} 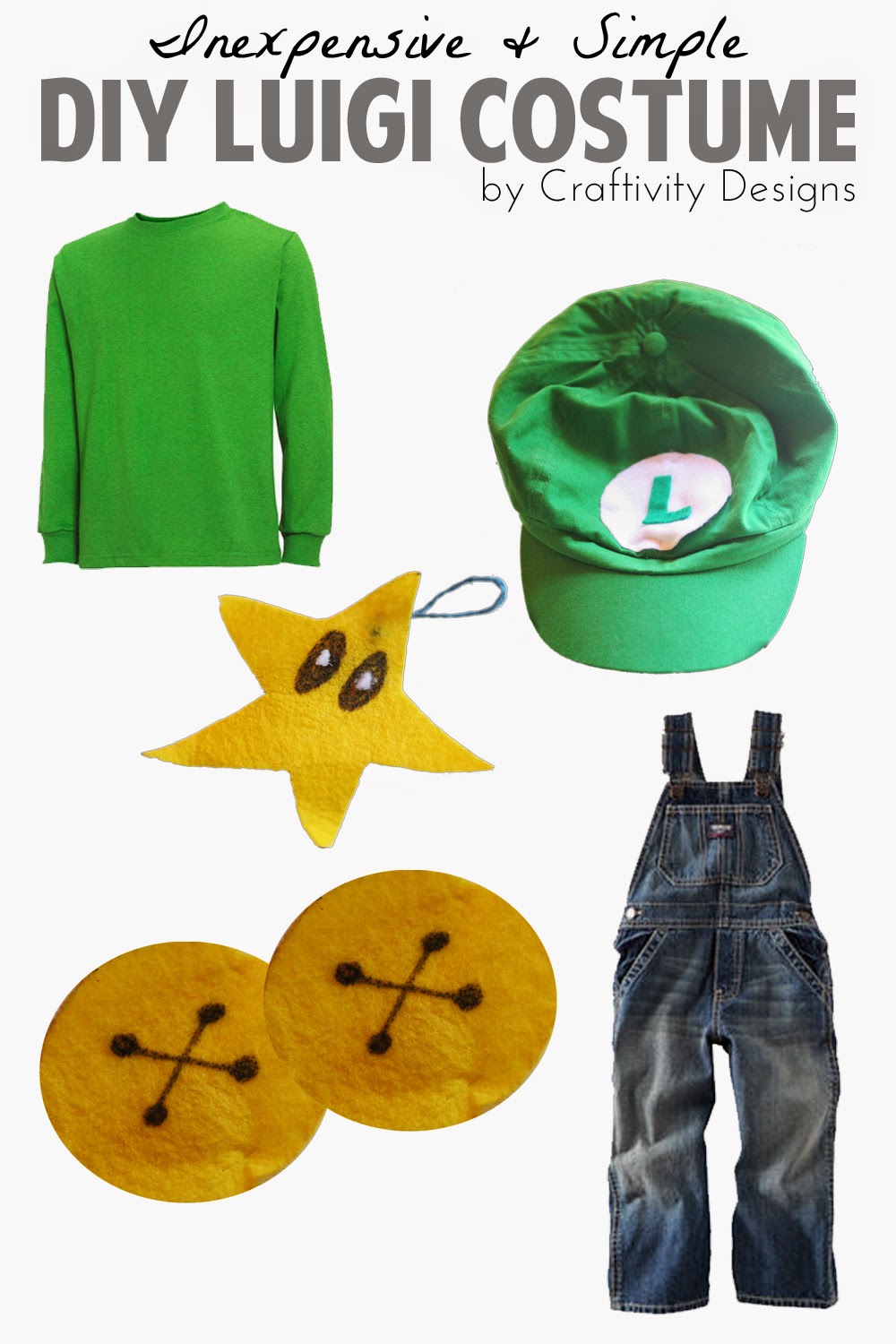 We found the perfect green cap on Amazon for $11.

I bought him some basic overalls and we already owned a green long sleeve tee.

Everything else was made from felt {which I picked up at Michael’s} and my basic craft supplies. 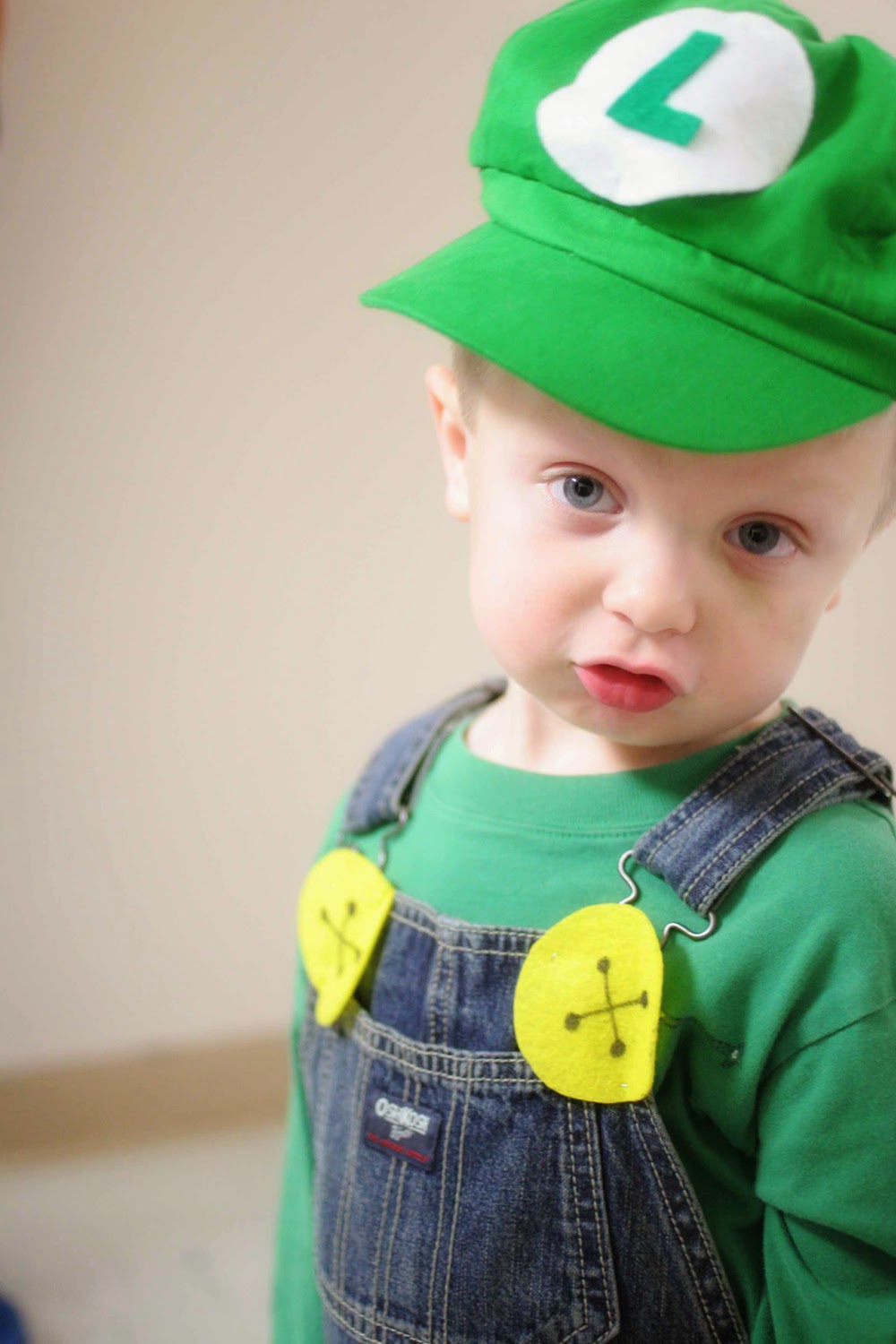 1. Cut out one circle from the white felt.
2. Cut out an “L” from the green felt.
3. Attach the “L” to the white circle with hot glue.
4. Attach the logo to the cap with safety pins {or needle and thread.} 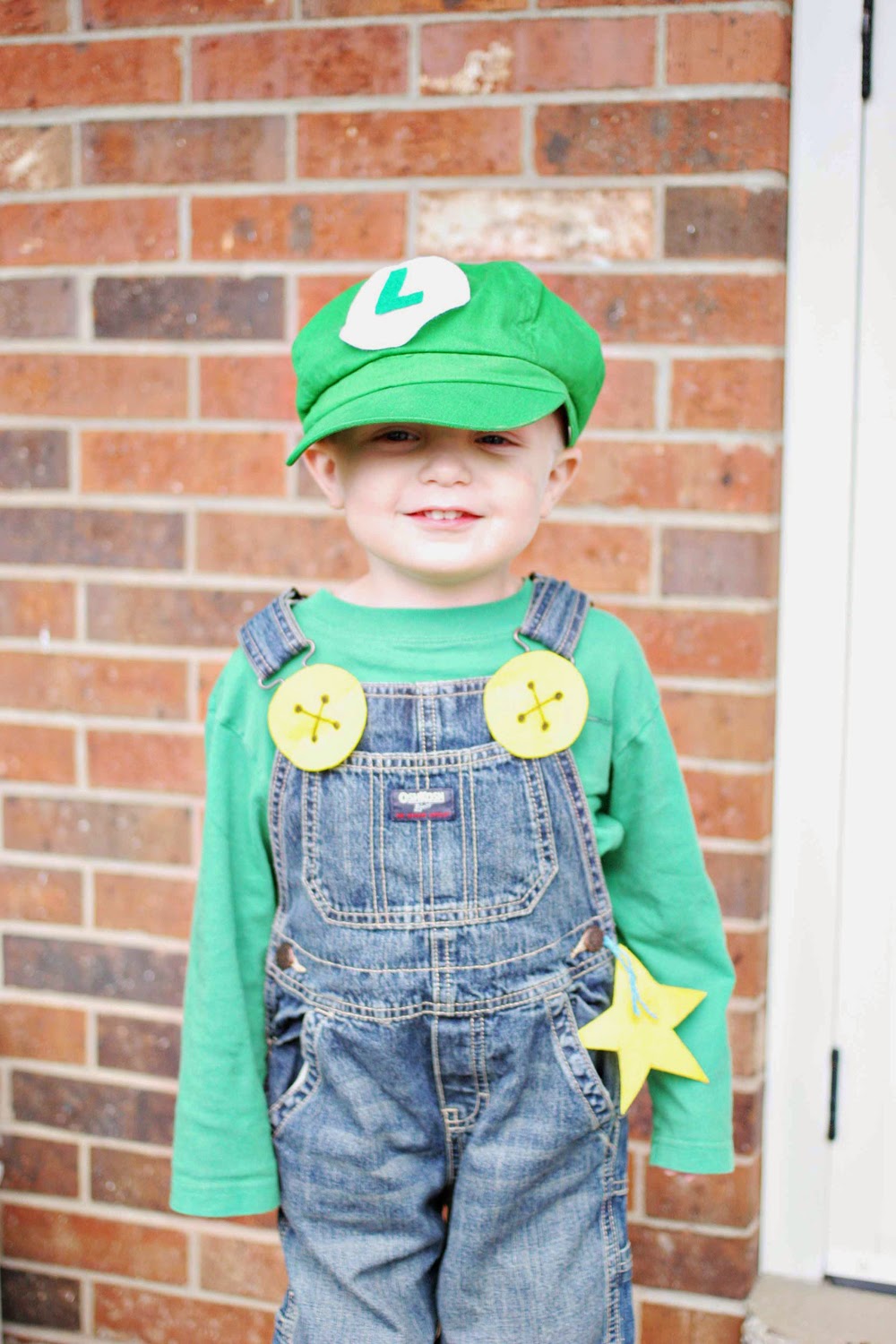 1. Cut out two circles from the yellow felt.
2. Use black permanent marker to draw 4 dots in a square.
3. Connect the dots with an “X”.
4. Attach the buttons to the overalls with safety pins {or needle and thread.} 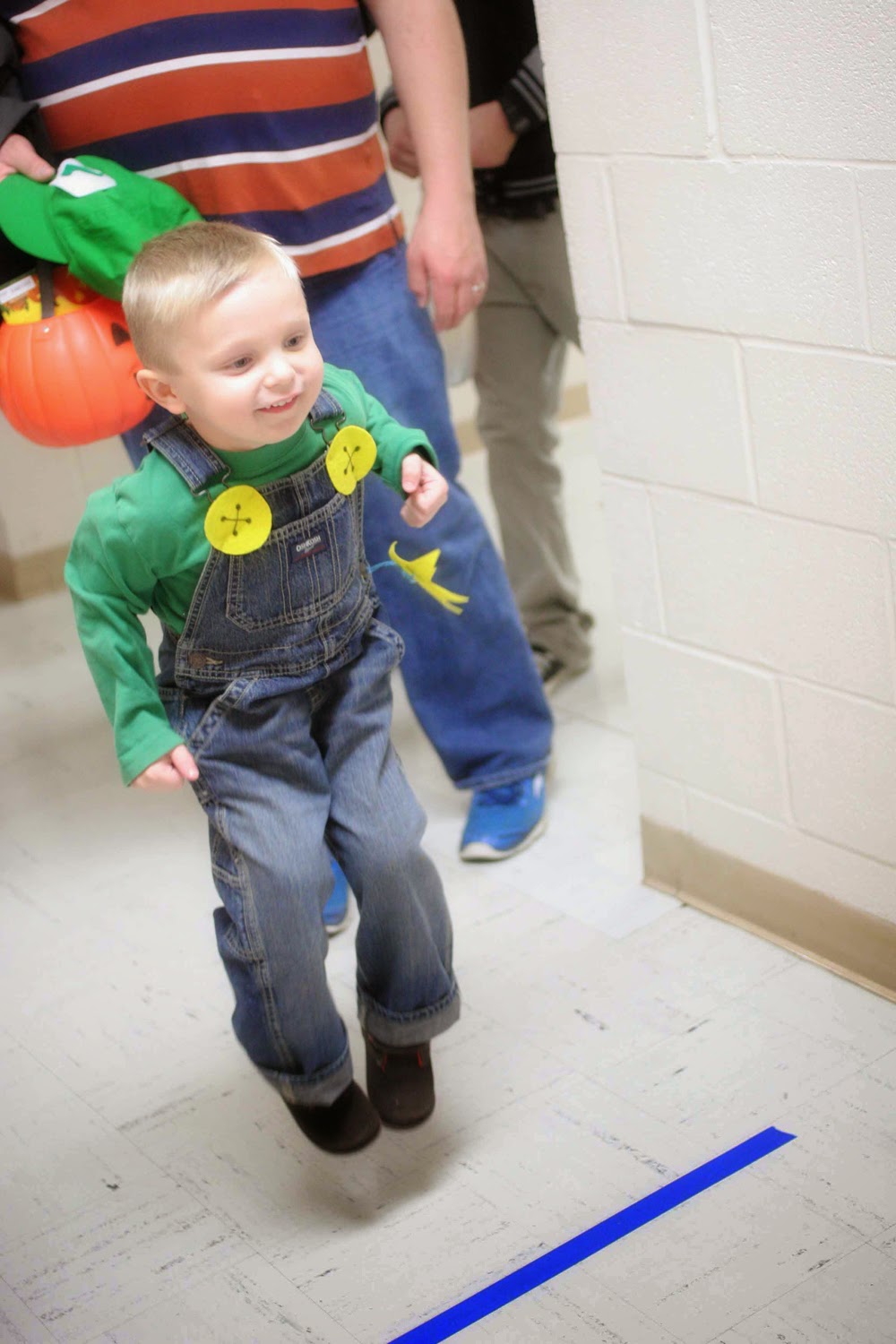 1. Cut out a star from the yellow felt.
2. Use permanent marker to draw black oval-shaped eyes.
3. Cut small dots from the white felt.
4. Hot glue the white dots to the center of the black eyes.
5. Cut a short piece of string {approx 3″}.
6. Loop the string and attach it to the back of the star with hot glue.
7. Attach the star to the overalls by looping the string over one of the overall buttons.

Such an easy costume and I’m tossing his Luigi cap in the “dress-up clothes” bin for playtime.

Mario and Luigi Costumes you can buy: 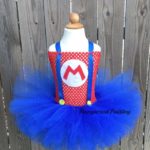 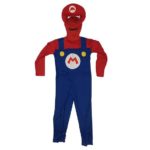 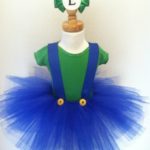 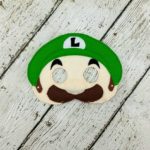 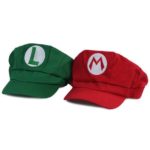 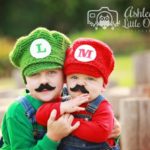 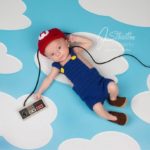 Mario and Luigi Costumes you can DIY: 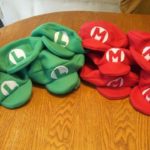 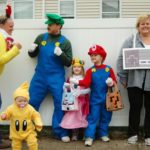 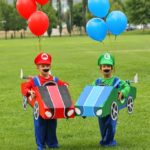 What did your kiddos wear for Halloween? Did you buy it or try a DIY version? 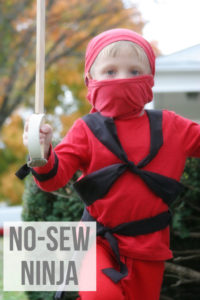